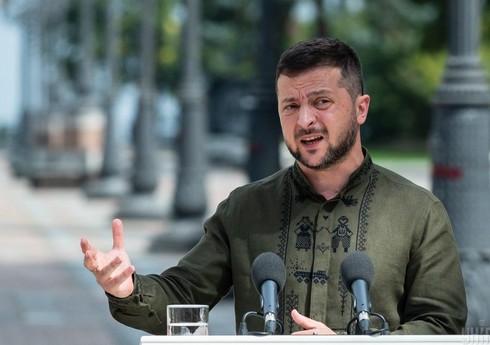 “Ukrainians are advised to observe safety rules on the country’s Independence Day and not to ignore air raid signals, as Russian invaders may resort to harsh attacks.”

“Report”according to the information of the President of Ukraine Volodymyr Zelenskiy said this in his address to the nation.

“Tomorrow (today-red) is an important day for all of us. And that’s why today, unfortunately, is also important for our enemy. We should know that Russia’s disgusting provocations and brutal strikes are possible tomorrow,” the head of state said.

Zelensky noted that the Ukrainian army, intelligence and special services will do everything to protect the civilian population. He added that “Ukraine will definitely respond to any manifestation of Russian terrorism.”

The President asked the Ukrainians to especially observe the safety rules.

It should be recalled that Zelensky previously said that in case of attacks on Ukrainian cities on August 23-24, a strong response will be given to Russia.

In the last day, 1,991 vaccines against coronavirus were administered in Azerbaijan. About it "Report"It was reported from the Operational Headquarters under the Cabinet of ... Read More

On September 27, President of the Republic of Azerbaijan Ilham Aliyev and First Lady Mehriban Aliyeva visited Fuzuli district. "Report" reports that the head of ... Read More

Today is Memorial Day in Azerbaijan

Today is the Day of Remembrance of our heroic martyrs who lost their lives in the Patriotic War, which was started in order to prevent ... Read More