Zelensky: “The world will lose if it does not protect the Zaporozhye NPP” 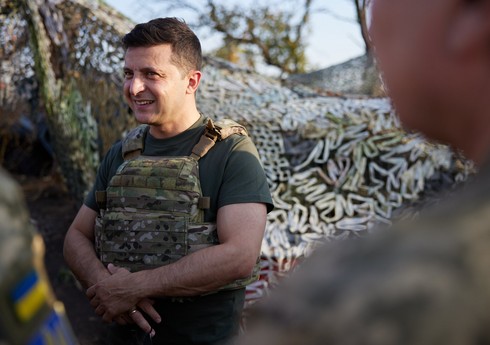 The world will lose if it does not protect the Zaporozhye Nuclear Power Plant (NPP).

According to the information of “Report” referring to “RBC-Ukraine”, President of Ukraine Volodymyr Zelensky said this in his speech.

“Countries have been working to achieve radiation safety in the world for a long time. If the Zaporozhye NPP is not protected from the Russian invaders, the world will lose the fight,” the head of state stressed.

“For decades, the world has been fighting for proper control of all actions related to nuclear materials and radiation safety. And if the world does not have the strength and determination to protect a nuclear plant now, it means that the world has lost. There is a chance to prevent this loss,” – Zelensky said.

He noted that any radiation at the Zaporozhye NPP could be a blow to many countries. Because potentially dangerous zones depend only on the direction and strength of the wind.

The President said that it is time to discuss and call for new tough sanctions against Russia, the state corporation “Rosatom” and the entire nuclear industry of this country. He stressed that all Russian troops should leave the territory of the station and neighboring regions immediately – without any conditions.

Estonian national railway company "Eesti Raudtee" will lose about 20 million euros in 2022 due to sanctions against Russia. "Report" informs that the chairman of ... Read More

Media: “If Russia does not announce mass mobilization, it will lose”

"About 500 Russian soldiers are killed or wounded in Ukraine every day". “Report” Referring to "Ukrinform", it is reported that "The New York Times" publication ... Read More