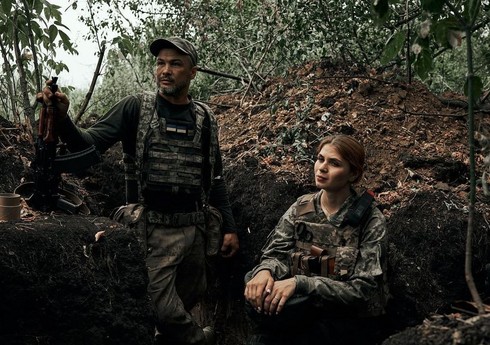 President Volodymyr Zelensky said that the forces and means of the Russian army were destroyed in the south of Ukraine.

“Report” reports that the head of state mentioned this in his last speech.

The President of Ukraine emphasized that there is good news about the destruction of the forces and means of the Russian army in the battles in the south of the country.

“Fierce fighting continues in Donbass. In this direction, the hottest points of the front are unchanged – Avdeyevka, Marinka, Peski, Bakhmut and all relevant directions. Russia sent there only a large part of its military resources – artillery, equipment, people. All our defenders there are just heroes,” he emphasized in his traditional video message.

“Kharkov region is a strong defense of Ukraine, and the offensive attempts of the invaders are always unsuccessful. The fighting in the south of the country heralds the destruction of the forces and means of the Russian army. We do not waste a single day – we reduce the potential of the invaders,” the head of state added.

Macron: “We will make the French army the first in Europe”

"We will make the French army the first in Europe in terms of supplies." “Report” TASS reports that French President Emmanuel Macron said this. It ... Read More

About it “Report” It reports with reference to the interview of the President of Ukraine Volodymyr Zelenskiy with "ABC NEWS" TV channel. The head of ... Read More