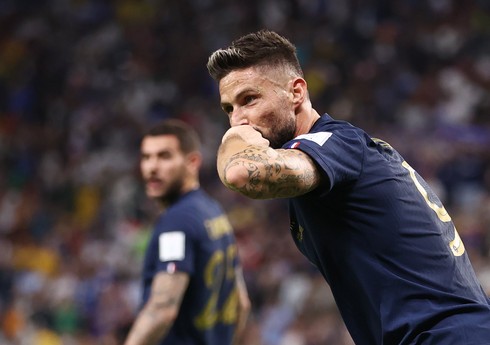 Olivier Giroud, the player of the French national team and “Milan”, repeated the record of Thierry Henry, the former striker of the national team.

“Report” reports that the 36-year-old forward, who scored a double in the first round game of Group D against Australia at the World Cup in Qatar, became the leader in the list of scorers with 52 goals. He currently shares the front row with Henri.

The experienced forward found the way to the opponent’s goal in the 32nd and 71st minutes.

Kylian Mbappe, who stood out in the game against Australia, went down in history as the youngest French player to score 5 goals in the World Cup. According to this indicator, Just Fonten took the 2nd place. He was 24 years old when he scored 5 goals in the 1958 World Cup.

World Cup-2022: “Fenerbagcha” striker went down in the history of the national team

Ener Valencia, a football player of the Turkish "Fenerbagcha" club, entered the history of the Ecuadorian national team. "Report"according to the information, the striker achieved ... Read More

The famous BBC TV channel has prepared a special program on the history and culture of Azerbaijan. “Report”According to the news, interesting facts about the ... Read More

NEWER POSTFrance’s former interior minister has been arrested for financial fraud
OLDER POSTWC-2022: The French national team scored the 4th goal in the game against Australia