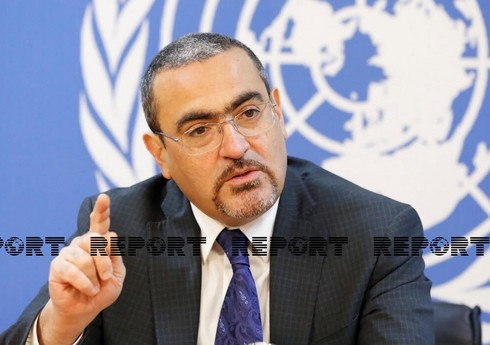 The US bureau of “Report” informs that Ramiz Alakbarov, the Azerbaijani official of the UN, the organization’s coordinator for humanitarian issues in Afghanistan, said this in his statement to journalists.

R. Alekbarov said that more than half of the country’s population – 35 million people live in poverty: “Approximately 23 million people suffer from malnutrition, and more than 2 million of them are children. We are seriously worried about the future of the population. After the return of the Taliban to power, education, Deprived of the freedom to work and live, women are more and more excluded from society. It is necessary to expand the mechanisms of combating such negative situations and increase aid activities to Afghanistan.”

R. Alekbarov emphasized that diseases have increased rapidly in the country: “Infectious diseases are spreading rapidly not only among people, but also among animals in Afghanistan. At the same time, Afghanistan is suffering from climate change. Natural disasters, droughts, earthquakes continue to kill hundreds of people.

Looking back over the past year, I am proud of the support and efforts of the UN mission in the region to the Afghan people. We will continue our activities in the region. “We need more resources to continue our assistance such as health, food, emergency shelter and non-food items.”

It should be noted that a year has passed since the “Taliban” movement seized power in Afghanistan. The scale of suffering in the country, ranging from hunger to chronic poverty, forced marriage of minors, and the sale of human organs and children, is increasing day by day.

NEWER POSTThe grain area in Nakhchivan has increased by 745 hectares, and the harvest is over
OLDER POSTA British reconnaissance plane was detected in the sky of Russia