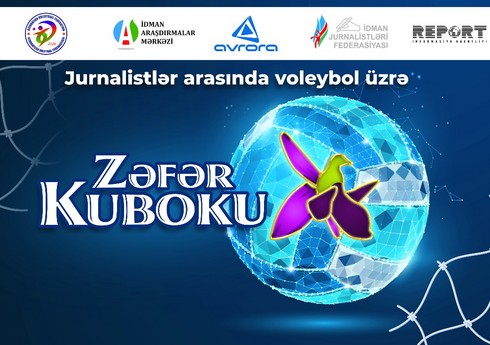 “Report”According to the information of “Zangilan” and “Kalbajar” before the first semi-final match, the general secretary of AFV Farid Khalilov and the president of “Murov” volleyball club Zaur Huseynov spoke as guests of honor.

Chairman of IAM Elshan Mammadov greeted the event participants and wished success to the teams.

Farid Khalilov expressed his satisfaction with their participation in the organization of such a competition: “Each of you are people who have spoken their word in your field. I wish you success in the semi-final game. We believe that the number of teams will increase even more in the next traditionally held competitions.”

Zaur Huseynov spoke about the importance of the tournament: “Before, we were talking about the occupied regions with regret. Today, Zangilan, Kalbajar and other lands of ours have already been freed from occupation. May God have mercy on our martyrs. I wish the veterans good health. May the strongest win the race.”

Afterwards, the souls of the martyrs were remembered with a minute of silence.

Then the match started. Although “Zangilan” was superior in the first set of the match, which took place in tense conditions, “Kalbajar” managed to make a comeback and won with the score of 2:1 (19:25; 25:17; 15:12) and entered the final.

Before the second semi-final match between “Shusha” and “Suguvushan” teams, the guests of honor shared their thoughts on the first match. They said that the previous meeting took place in an interesting and intense struggle.

Before the last match of the day, the souls of the martyrs were remembered with a minute of silence. “Shusha” team defeated “Suguvushan” with a score of 2:0 (25:17; 25:15) and became the second finalist.

Thus, the “Kalbajar” and “Shusha” teams will face each other in the final match to be held on July 22.

It should be noted that the main sponsor of the Victory Cup is “Avrora Group”, the information supporter is “Report” agency. The winner of the tournament will be awarded the Victory Cup, 800 manat cash prize and diplomas, diplomas will be given to the finalist team. At the same time, the best volleyball player of the competition will receive a cash prize of 100 manats.

The team of the world team that will participate in the Greco-Roman wrestling World Cup, which will start on November 5 at the Baku Sports ... Read More

Barcelona and Poland striker Robert Lewandowski announced his favorite for the 2022 World Cup in Qatar. “Report”according to the information of "SportsCenter" publication. "Argentina is ... Read More