“Victoria” football player: I am looking forward to the game with “Qarabag” 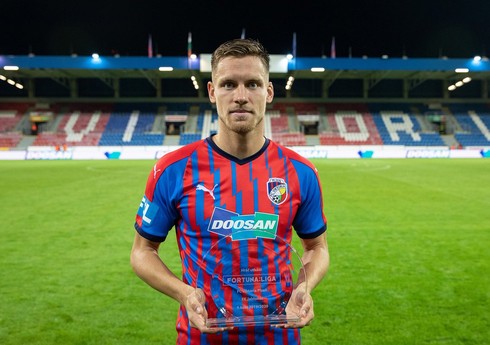 “I am looking forward to the playoff game. Because I have never been a participant in such a meeting before.”

“Report”according to the information of “Victoria” (Plzen) Czech player Lukas Kalvah said this while talking about the first match of the UEFA Champions League play-off stage, which they will play against “Qarabag” in Baku.

The 27-year-old midfielder said that he believes that they will cope with the task: “We can achieve it together with our fans. There are two matches left for the great success that we really want and fight for.”

It should be noted that the match between “Karabakh” and “Victoria”, which will be held on August 17 at the Republic Stadium named after Tofig Bahramov, will start at 20:45.

“Freiburg” football player suffered a serious injury to his face

"Freiburg" player Roland Schallai suffered a serious injury in the away game against "Bayer" in the 5th round of the German Bundesliga. "Report"According to the ... Read More

"I came here thanks to the head coach of the team, Rashad Sadigov. He was the captain of the Azerbaijan national team for many years ... Read More