Veli Gasimov: Some players of “Garabagh” did not deliver in the match with “Ferentsvaros” 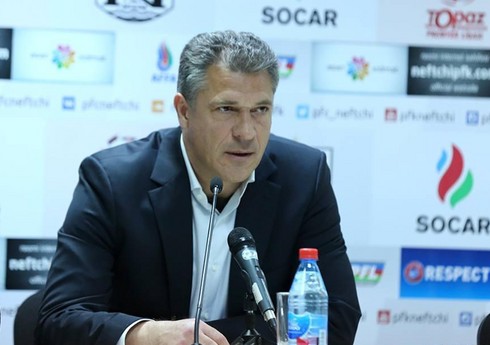 “Maybe we didn’t see the “Qarabag” we wanted on the field. It’s true, the players fought and kept the ball more. But it seemed that some players didn’t deliver.”

“Report”according to the information of “Shamakhi” Football School coordinator and former famous striker Vali Gasimov, he told reporters about the first match of the third qualifying round of the UEFA Champions League, where “Qarabag” drew 1:1 with Hungarian “Ferentzvaros” in Baku.

The 54-year-old specialist said that the attack of “Kohlen Atlar” lacked accuracy: “I think it was due to the losses in the squad. Based on the score, I can say that it is as if this game did not happen, the teams will start from scratch. “Qarabag” should play better on the road. let him pass the stage. Although the representative of Aghdam did not show himself in the best way in the first match, we believe in the team. If he can show his game, he will get his wish.”

He also described the qualities of Stanislav Cherchesov, the head coach of “Ferentsvarosh”, whom he knows well from Russian football, as a football player: “The main point he pays attention to is discipline. He was disciplined as a football player. He also demands 100 percent performance from the players in training. He wants , let the players show their soul in preparation”.

Gasimov said that the Russian specialist was looking for a team many years ago and came to Baku on that eve.

It should be noted that during his career, Vali Gasimov played in “Neftchi”, Ukrainian “Dnepr”, “Metallist”, Russian “Spartak” (Moscow) and Dynamo (Moscow), Spanish “Betis”, “Albasete” and “Esixa” teams. also performed in the Portuguese “Vitoria” and “Imortal” collectives.

“Ferentsvaros” added two strikers to the participation application at the last moment for the games with “Garabagh”.

Hungary's "Ferentsvaros" club has made 2 more changes in the order application before the UEFA Champions League III qualifying round matches against "Qarabag". "Report" It ... Read More