US Defense Minister: “Military operations in Ukraine are at a decisive stage” 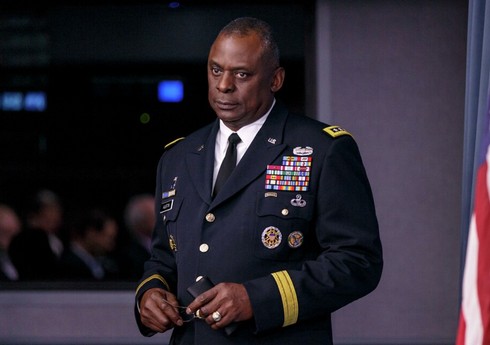 “Military operations in Ukraine have entered a decisive stage. Therefore, our collective support for Ukraine is vital and should be urgent.”

“Report” reports with reference to TASS that this was said by US Defense Minister Lloyd Austin.

L. Austin, speaking at the meeting of the group coordinating the military assistance to the official Kiev, said that Russia thinks it can withstand more than Ukraine and its allies, but this is due to its latest mistakes.

He added that the contact group will continue to find new ways to provide long-term support to the Armed Forces of Ukraine.

According to the Minister, the Armed Forces of Ukraine have demonstrated proficiency in HIMARS, M-270 rocket launcher systems and 155 mm howitzers, which were given to them by the West. He noted that these tools are of decisive importance in the battles in Donbas.

The Minister of Defense, Colonel General Zakir Hasanov, ordered to always be ready to immediately and resolutely prevent the provocation of Armenians. About it "Report"a ... Read More

Zelensky: “Russia is preparing a decisive energy strike on Europe in winter”

This winter, the Russian Federation is preparing a decisive energy strike against European countries. "Report" informs that the President of Ukraine Volodymyr Zelensky said this ... Read More