Up to 100 fans will support “Gabala” in Hungary 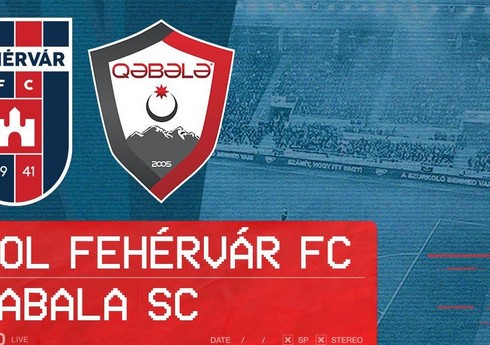 “Gabala” club will not be without support in the first match of the UEFA Conference League II qualifying round, which it will play against “Fehervar” in Hungary.

From the Press Service of “Reds and Blacks”. “Report”According to the information provided, the team will have up to 100 fans in the match in Szekesfehervar.

The representative of the province, who is currently training in Bolu, Turkey, will go directly to Hungary on July 19. Urfan Abbasov, who is recovering from an injury, and Yaovi Akakpo, who is being treated after surgery, will not participate in the match.

It should be noted that the match to be played on July 21 at “Mol Shoshto Arena” will start at 21:00 Baku time.

"If there was any shortcoming on the part of the club, the fans should be excused." "Report"According to the information of "Qarabag", the head coach ... Read More

"We expected it to be a difficult game. We didn't perform badly until the first goal. We intended to make certain changes in the second ... Read More

NEWER POSTThe trial of the person accused of committing murder 10 years ago has started in Azerbaijan
OLDER POSTInstitute of Education: “Claims on social networks related to MIG are being investigated”