“In recent years, cases of child abduction have increased sharply in regions where armed conflicts continue.”

V. Gamba, speaking at a meeting held at the UN headquarters in New York, said that Syria, Somalia, the Democratic Republic of the Congo, Burkina Faso and the Lake Chad basin are in the top five in terms of the number of children abducted in 2020 and 2021.

He added that last year, 3,000 children, mostly boys, were abducted in the conflict regions: “Due to the sharp increase in the number of child abductions in recent years, the UN Security Council adopted Resolution No. 2225 in 2015 and officially recognized the importance of bringing the parties involved in child abduction to justice. confirmed”.

V. Gamba recommended the further expansion of UN child protection programs in order to strengthen the monitoring and reporting of child abduction cases in armed conflicts. 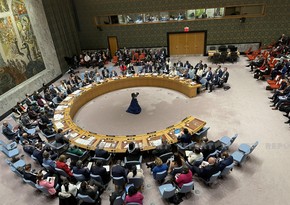 WHO: In the last week, the number of cases of coronavirus in the world decreased by 24%

Over the past week, more than 5.4 million people have been infected with the coronavirus, and more than 15,000 people have died from complications caused ... Read More

The number of criminal cases sent by prosecutor's offices to courts of other institutions has been announced. "Report" informs that the Prosecutor General of Azerbaijan ... Read More