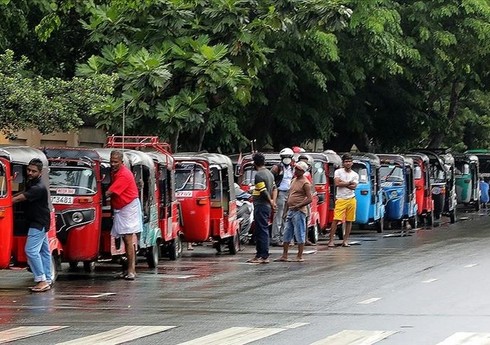 In Sri Lanka, which is experiencing the worst economic crisis in its history, 6.3 million people (more than 28 percent of the total population) suffer from food insecurity.

“Report” informs with reference to “Outlook India” that this is stated in the report of the UN World Food Program.

The organization warned that the situation will worsen if the crisis continues.

Of the 6.3 million people mentioned in the report, at least 65.6 thousand people faced serious problems in buying food.

In Sri Lanka, the income of the population has fallen sharply in the last three months – two out of five families have had their income halved. In June, food inflation in the country reached 80 percent.

On July 9, the participants of anti-government protests in the island state broke into the Prime Minister’s office and set the building on fire. People have taken to the streets in Sri Lanka since the economic crisis began and it was announced that President Gotabaya Rajapaksa will resign on July 13. Speaker of the Parliament Mahinda Yapa Abeywardena said that the candidates for the position of the next head of state will be presented to the Parliament on July 19. The new president will be elected on July 20.

Today, 2 more games of the III round will be held in the Azerbaijan Premier Football League. According to "Report", the first match of the ... Read More

The Azerbaijani national team will play its next match in the UEFA Nations League today. According to "Report", the team headed by Gianni De Byazi ... Read More

A stabbing incident occurred in Baku. "Report"According to the information, the incident was recorded in Binagadi district. Ahmadov Bayram Sardar oghlu, born in 1993, who ... Read More