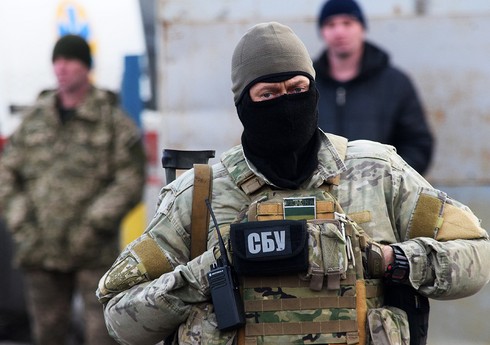 The Security Service of Ukraine (SSU) destroyed a Russian intelligence network that collected intelligence information on the location and movement of units of the Armed Forces of Ukraine in Slavyansk, Kramatorsk and Pokrovsky districts of Donetsk region.

Referring to UTX, “Report” informs that the members of the network reported on the results of the enemy’s rocket and bomb attacks, the region’s artillery fire, and the extent of the destruction of residential buildings and civil infrastructure.

One of the “connected” Russian agents was a representative of the Russian administration. He was an official of the “supreme court” of the so-called Donetsk People’s Republic, moreover, he participated in the persecution and illegal detention of Ukrainians in the temporarily occupied territory of Donbass. “According to the investigation, 6 local residents recruited by the Russian special services have entered the network of agents,” the information stated.

According to UTX, in order to collect intelligence information, they carried out visual observation of the location and movement of Ukrainian troops. The received information was transferred to the Russian side in the form of coordinates on electronic maps along with confirming photo and video materials through specially created internet platforms.

In addition, a pro-Kremlin agitator, who was spreading propaganda publications on the Internet, was detained during the investigative-operational measures conducted in Pokrovsky district.

At present, all those detained have been charged on suspicion of committing a crime against the state security of Ukraine.

Terrorists have been destroyed in Iraq and Syria

Turkish special forces killed 3 more PKK terrorists in northern Iraq. According to "Report", the Ministry of National Defense released information about this. According to ... Read More

NEWER POSTThe president of “Ferentsvaros”: “Those who chant slogans should be ashamed of themselves”
OLDER POSTThe 20,000th Lamborghini Urus car was handed over to its owner in Baku