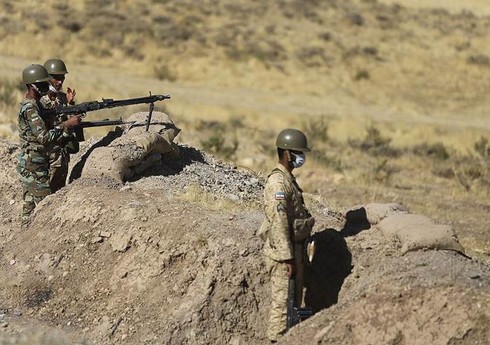 The public relations department of the Western Azerbaijan Province Border Guard Command confirmed the information. It is noted that two soldiers of the border regiment of the Salmas district of the West Azerbaijan province, located in the northwest of Iran, were killed while patrolling.

It should be noted that Salmas borders Iraq in the west and Turkey in the northwest.

It is reported that detailed information about the incident will be released later by the relevant institutions.

The team of the Collective Security Treaty Organization (CSTO) mission has prepared proposals for reducing tension on the Armenian-Azerbaijani border. "Report" TASS was informed about ... Read More

Within the framework of the high-level week of the 77th session of the UN General Assembly in New York, the Minister of Foreign Affairs of ... Read More

“Foreign Policy”: “Russia withdraws 80% of its troops on the border with Finland and the Baltic countries”

Russia withdraws 80% of its troops from the border region with Finland and the Baltic countries for the war in Ukraine. "Report" informs that the ... Read More