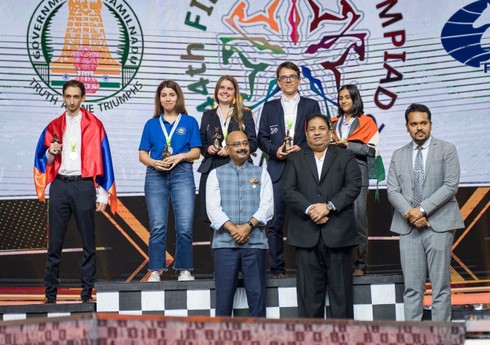 At the Chess Olympiad, which ended in Chennai, India, two female chess players of Azerbaijan won medals for their individual performance.

In the men’s race, the Norwegian world champion Magnus Carlsen was content with winning only a bronze medal in the 1st board.

It should be noted that Uzbekistan won the men’s competition, and Ukraine won the women’s competition. The men’s and women’s national teams of Azerbaijan finished the competition in 7th place with 16 points.

NEWER POSTGazi: “We lived in a dormitory for 8 years, we will move to a new apartment in September”
OLDER POSTKim Jong-un has coronavirus