Turkey’s military base in Iraq was hit by rocket fire 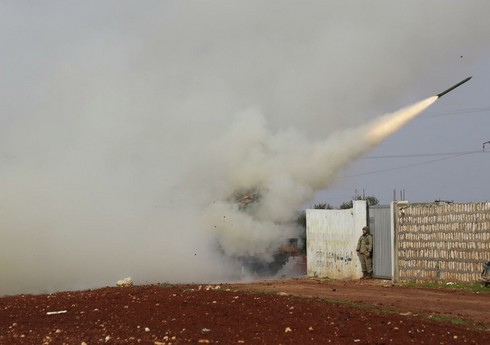 Turkey’s Zlikan military base, located in Neyva province in northern Iraq, was hit by rocket fire.

“Report” informs that “Al-Sumariya” TV channel broadcasted information about this.

It was noted that 3 rockets were fired in the direction of the military base.

It should be recalled that on July 20, 9 people were killed and 33 others were injured as a result of shelling of the resort town of Zaho in the north of Iraq.

The Iraqi authorities accused Turkey of the attack. In turn, Turkish Foreign Minister Mevlut Cavusoglu said that Ankara did not attack Iraqi positions.

There was an explosion at a Russian military base in Luhansk

An explosion occurred in the Lugansk region of Ukraine, which is occupied by Russia. “Report” With reference to UNIAN, it is reported that footage of ... Read More

The President of the Kyrgyz Republic, Sadyr Japarov, participated in the opening of the first base of "Bayraktar" unmanned aerial vehicles (UAVs) for the border ... Read More

NEWER POSTA 69-year-old woman was hit by a car in Baku
OLDER POSTThere was a shooting in the park in the United States, there are people who died