Turkey demanded Sweden to take measures against the supporters of terrorists 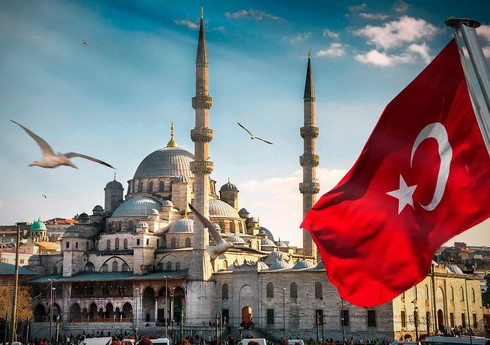 Official Ankara has demanded from Swedish authorities to reveal the organizers of the action of PKK/YPG supporters and to take fair and legal action against them.

“Report” reports that this request was raised by the temporary charge d’affaires of the Swedish Embassy in Ankara at the Ministry of Foreign Affairs of Turkey. The diplomat was strongly opposed to the activities of the PKK/YPG terrorist organizations.

Turkey has asked for an explanation regarding the action carried out by supporters of the PKK/YPG terrorist organization in Gothenburg, Sweden on July 21. Official Ankara demanded from the authorities of Sweden to find the organizers of this terrorist action and to take fair and legal action against them.

NATO membership of Sweden and Finland depends on Turkey. President Recep Tayyip Erdogan said on July 18 that if Turkey’s conditions are not met, the process will be frozen. “We see that Sweden is not in a healthy position. Turkey’s position is firm,” the Turkish President said.

Earlier, the Prime Minister of Sweden promised to fulfill the commitments he made to Turkey.

Finland demanded an explanation from Russia

The Ministry of Foreign Affairs of Finland has demanded an explanation regarding the violation of the country's airspace by Russian fighters. "Report" reports with reference ... Read More