Trump’s former adviser was found guilty of contempt of Congress 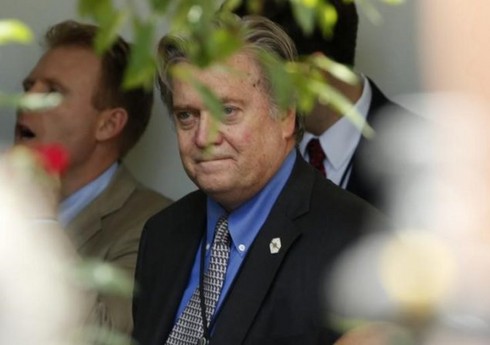 Stephen Bannon, the former assistant of the 45th president of the United States, Donald Trump, was found guilty of contempt of the US Congress.

“Report” informs that “The Wall Street Journal” newspaper published information about this.

According to information, the jury in the court determined that S. Bannon ignored the subpoena issued by the committee of the US House of Representatives to investigate the attack on the building of Congress in January 2021. In the subpoena, the committee asked for testimony and documents.

The punishment will be announced later. S.Bennon faces a prison sentence of 30 days to 1 year.

The delegation of the House of Representatives of the US Congress visited Kyiv, the capital of Ukraine. "Report" informs that the President of Ukraine Volodymyr ... Read More

The House of Representatives of the US Congress has approved the draft defense budget for the country's fiscal year 2023 (which starts on October 1), ... Read More