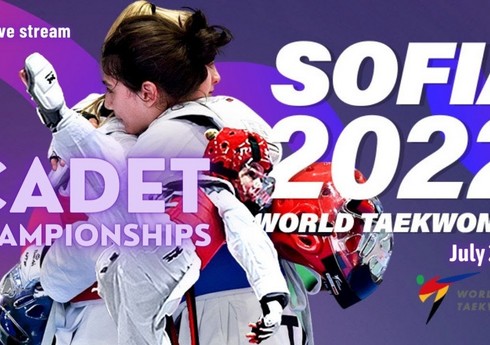 3 Azerbaijani athletes will compete on the third day of the World Youth Taekwondo Championship held in Sofia, the capital of Bulgaria.

“Report”according to the information, these are Banu Guliyeva (44 kg) for girls, Riad Guliyev (41 kg) and Fuad Maharramli (45 kg) for boys.

It should be noted that Mehdi Budagli went down in the history of Azerbaijani taekwondo by defeating all his opponents in the 33 kg weight class yesterday. He was the first world champion among teenagers of Azerbaijan.

The eighth "Tank biathlon" competition is being held as part of the "International Army Games-2022" competitions organized in Moscow, the capital of Russia. “Report”According to ... Read More

The squad of the Azerbaijani national team of young boxers for the European Championship, which will start on September 27 in Montesilvano, Italy, has been ... Read More

On August 30 - September 4, 2022, within the framework of the Aerospace and Technology Festival (TEKNOFEST) in Samsun, Turkey, services will be provided by ... Read More