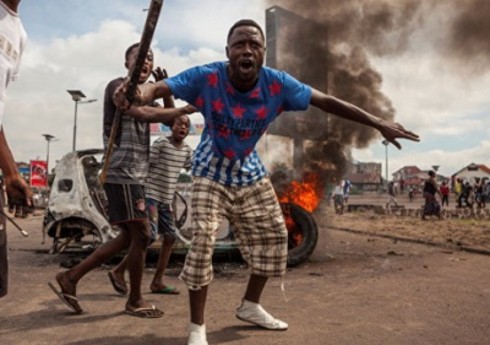 Riots broke out in the eastern city of Butembo in the Democratic Republic of Congo during a demonstration demanding the withdrawal of UN peacekeepers from North Kivu province.

“Report” reports with reference to TASS that the head of the city police, Paula Ngoma, said this.

According to him, at least 10 people, including 3 members of the UN mission, died as a result of the riots.

Demonstrations demanding the withdrawal of UN peacekeepers have been taking place for the second day in North Kivu province. Demonstrators accuse the organization of not being able to create conditions for safe living of the population.

A day ago, 5 people were killed during the riots during the demonstration in Goma, the administrative center of the province. Protesters stormed the UN mission’s regional headquarters and looted a warehouse in Goma. The police used special equipment to restore order. It is not yet clear who is responsible for these actions of the attackers.

The Cabinet of Ministers (NC) must approve the new structure and number of employees of the Azerbaijan National Academy of Sciences (ANAS) within three months. ... Read More

A SOCAR delegation visited the "Central Azeri" platform with the participation of Israfil Mammadov, a member of the Supervisory Board of the State Oil Company ... Read More

NEWER POSTIn 6 months of this year, 802 kg of narcotics and psychotropic substances were prevented from transiting through Nakhchivan.
OLDER POSTThe British defense minister called for an increase in military spending