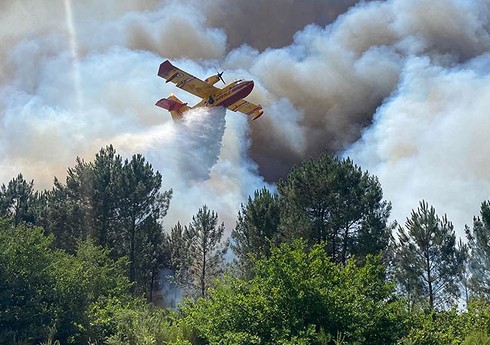 Thousands of people have been evacuated due to forest fires in Europe.

“Report” informs about this with reference to “Sky News”.

Currently, severe forest fires continue to spread in several European countries, including France, Spain, Portugal, Greece, Hungary and Croatia. Thousands of people had to be evacuated due to the fires.

Only 3,000 firefighters were involved in the rescue of houses in the Gironde department in southwestern France.

In Portugal, more than 1,000 firefighters are trying to prevent the flames from spreading to residential buildings.

As a result of the monsoon rains that have been ongoing in various provinces of Pakistan for the past 5 weeks, the number of people ... Read More