There was a plane crash in Russia, there are people who died 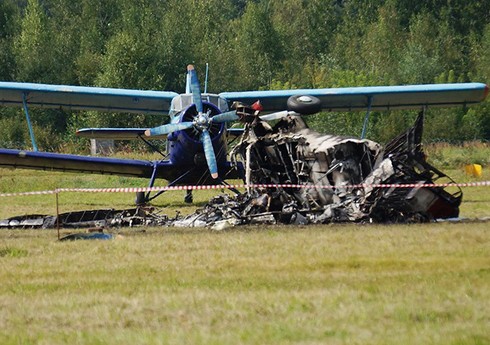 Two people died as a result of the An-2 plane crash in the Krasnodar region of Russia.

“Report” According to the Russian press, the regional department of the Ministry of Emergency Situations has released information about this.

According to information, there are no casualties or damage on the ground.

A passenger car collided with a tractor in Yevlakh, one person died and one was injured

There was a serious traffic accident in Yevlakh. "Report"According to the information, the incident was recorded in the village of Khanabad. T. Allahverdiyev, born in ... Read More

The United Nations (UN) has confirmed the death of 5,767 people as a result of Russia's attack on Ukraine. "Report" reports with reference to "Interfax ... Read More

Another soldier died in Armenia under unknown circumstances

Private Arshaluys Hovhannisyan (born in 1976), a contract serviceman of the N military unit of Armenia, died on August 7 under unknown circumstances. About it ... Read More

NEWER POSTRussia launched a missile attack on the Dnieper, killing 3 people and injuring 15 people
OLDER POSTIlham Aliyev: “We should work more actively in countries that can bring major investment”