There was a fire in a boarding school in Tanzania, there were deaths and injuries 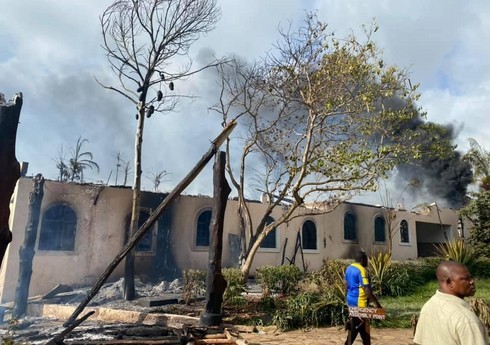 At least three students were killed in a fire at a boarding school in Shinyanga district in northern Tanzania.

“Report” “Xinhua” agency reported on this with reference to the authorities.

Another 29 schoolgirls received burns and other injuries during the incident. They were given medical assistance.

In Peru, a plane collided with a fire truck, there were deaths

An Airbus A320 plane collided with a fire engine during takeoff at the international airport of Lima, the capital of Peru. “Report” "Radio Programas del ... Read More

A minibus collided with a truck in Turkey, and there were deaths

A minibus carrying theater actors crashed into a truck in Merzifon district of Amasya city in Turkey. “Report” "Haber Türk" reports that as a result ... Read More

Over the past four weeks, the number of deaths from the COVID-19 virus has increased by 35%. "Report" reports with reference to TASS that the ... Read More

NEWER POSTMusk announced an “amnesty” for blocked Twitter accounts
OLDER POSTWC-2022: the second goal was scored in the match between Brazil and Serbia