The world population has exceeded 8 billion 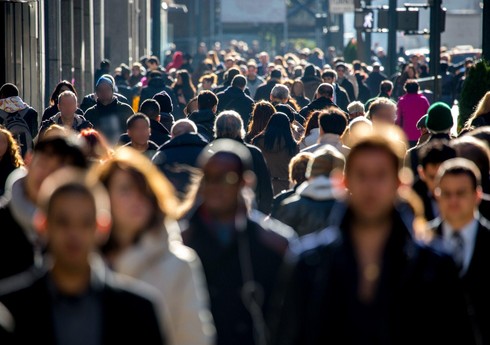 The total number of the world’s population has exceeded 8 billion. 50.5 percent of them are men and 49.5 percent are women.

About it “Report” It reports with reference to “Countrymeters” service.

Now the population is growing by more than 90 million people a year.

Note that about 36% of the world’s population lives in China and India.

More than half of the world’s population belongs to a religious group. The largest groups are: Christianity (32%) and Islam (24%).

1.3 billion dollars were lost in the US lottery

The owner of the ticket purchased in the state of Illinois, USA, won the $1.3 billion Mega Millions lottery jackpot. "Report" informs about this with ... Read More

Since the start of military operations in Ukraine, the total volume of military aid provided by the United States to Kyiv has exceeded 10 billion ... Read More

Great Britain will allocate another 3 billion pounds aid package to Ukraine. "Report" informs about this with reference to "Sky News". According to the report, ... Read More