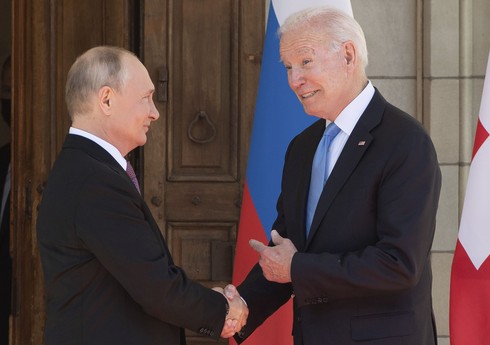 The White House has responded to reports of a telephone conversation between US President Joseph Biden and Russian President Vladimir Putin.

A White House official said that there are currently no plans for a telephone conversation between US President Joseph Biden and Russian President Vladimir Putin regarding the prisoner exchange proposed by the United States to Russia.

Paying attention to the fact that the foreign ministers of the United States and Russia had a telephone conversation for the first time since the beginning of the Russia-Ukraine war, Jean-Pierre emphasized that the US Secretary of State Anthony Blinken urged his Russian counterpart Sergey Lavrov to accept the offer of the US prisoner exchange.

He noted that this meeting does not mean that the relations between the two countries will return to their previous state. “President Biden has no intention of calling Putin. This issue is not on the table now,” he said.

Jean-Pierre stated that it is a priority for the United States to return Britney Griner and Paul Vela, who are imprisoned in Russia, to their country.

The new British Prime Minister Liz Truss and US President Joseph Biden had their first phone conversation. “Report” "Reuters" reported on this with reference to ... Read More

Biden has recovered from the coronavirus

US President Joseph Biden has recovered from the coronavirus. About it “Report” Network House twitter reports with reference to the account. "President Biden tested negative ... Read More