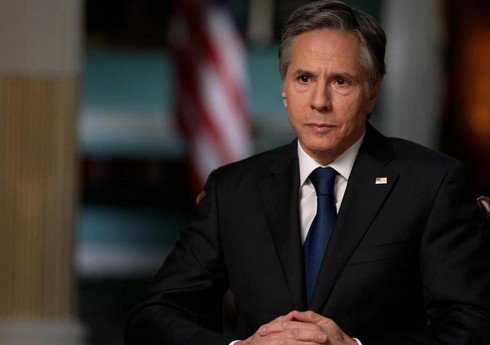 US Secretary of State Anthony Blinken expressed his concern about the tension in the region.

“Report” Blinken said this in a telephone conversation with the President of the Republic of Azerbaijan Ilham Aliyev on August 5.

President Ilham Aliyev, who stated that all responsibility for the created tension falls on the official Yerevan, noted that military provocation was committed by illegal Armenian armed groups in the territory of Azerbaijan, where the Russian peacekeeping contingent is temporarily stationed, and as a result, an Azerbaijani military serviceman was killed. President Ilham Aliyev stressed that the Azerbaijani side has implemented the necessary response measures to prevent this military provocation.

The head of state said that the Azerbaijani side, in accordance with the provisions of the tripartite statement dated November 10, 2020, has repeatedly brought up the issue of the withdrawal of the Armenian armed forces and illegal Armenian military units from our territories. But this obligation is not fulfilled by Armenia, various excuses and contradictory statements are made.

Sahib Gafarova expressed her condolences to her Georgian colleague

Speaker of the Milli Majlis Sahiba Gafarova sent a letter of condolence to the Speaker of the Georgian Parliament Shalva Papuashvili regarding the death of ... Read More

The Embassy of Azerbaijan in the United States expressed its condolences on the death of the well-known singer and actress Firangiz Rahimbeyli in the United ... Read More