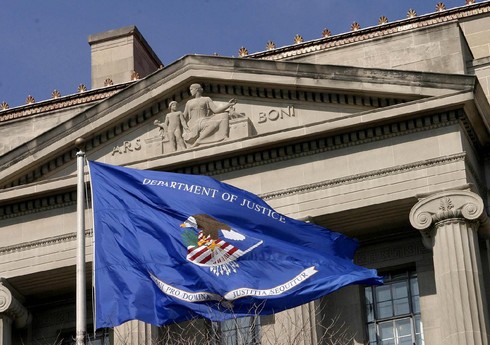 “Report” reports, this is stated in the information released by the US Ministry of Justice, which performs the functions of the Prosecutor General’s Office in the country.

According to the document, Yuri Orekhov, Artem Uss, Svetlana Kuzurgasheva, Timofey Telegin and Sergei Tulyakov, as well as Venezuelan oil traders Juan Fernando Serrano Ponce and Juan Carlos Soto were charged with 12 counts. It was noted that Artem Uss is the son of Alexander Uss, the governor of Krasnoyarsk region.

It was noted that the named persons participated in the scheme of illegally obtaining military technology and Venezuelan oil subject to sanctions from the United States. According to the US authorities, the proceeds from the sale of oil on the black market were given to Russian oligarchs.

The US Department of Justice added that Orekhov and Uss were detained in Germany and Italy, respectively, on October 17. Preparations are being made for their extradition to the United States. If the charges against them are confirmed, both people face up to 30 years in prison.

France’s former interior minister has been arrested for financial fraud

In France, the court sentenced the former Minister of the Interior, Claude Gea (2011-2012), to 6 months in prison for financial fraud. "Report" informs that ... Read More

In Goychay, the person who collected the drugs in jars and hid them in his house was arrested

Nazim Taghiyev, who was involved in the cultivation of narcotic plants and the illegal circulation of narcotics, was detained and brought to justice during the ... Read More

NEWER POSTIn France, they called the decision to pass the budget by bypassing the parliament undemocratic
OLDER POSTPresident: “IDPs living in Baku and Sumgait will return to their ancestral lands”