The Ukrainian army liberated another city of Kharkiv region from occupation 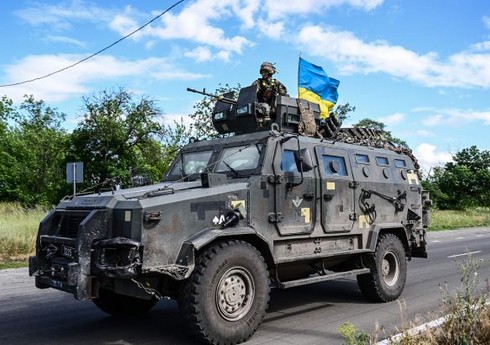 The city of Borovaya, Kharkov region, was liberated from occupation.

“Report” According to UNIAN, the national flag was raised in the area after the city was liberated by the special forces of the Ukrainian army.

It should be noted that earlier the President of Ukraine Volodymyr Zelenskiy said that dozens of settlements in Kherson, Kharkiv, Lugansk and Donetsk regions were freed from occupation.

Richard Almeida: “We are receiving good news from our army”

"The events of the last few days had an impact on our team. We felt it more in the first half. But in the second ... Read More

"More than 200,000 people in Russia signed up for the army as part of the partial mobilization." “Report” TASS reports that this was said by ... Read More

The positions of the Azerbaijani Army came under fire

In the evening of October 9, the units of the Armenian armed forces fired from their positions located in the direction of Yukhari Zagali, Istisu, ... Read More

NEWER POSTThe next meeting with media and NGO representatives will be held in “Azerigas”.
OLDER POSTIndicators of international commodity, stock and currency markets (06.10.2022)