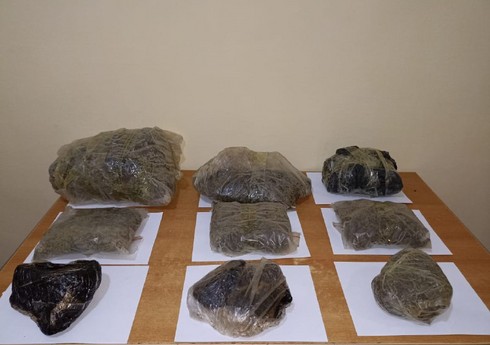 On August 12 at 2:30 p.m., signs indicating a violation of the state border from Iran in the direction of Azerbaijan were discovered by the border guard in the service territory of the border outpost of the State Border Service (SBS) “Goytepe” border detachment located near Chakhirli village of Imishli district.

About it “Report”It was reported from the Press Center of DSC.

It was reported that the border post was immediately raised by the “Silaha” team, and the area was closed.

As a result of the conducted border search and operational measures, 8 parcels in 1 bag hidden in an abandoned state near the state border line with a total weight of approximately 16 kg 675 grams of drug-like substances (3 kg 170 grams of opium, 13 kg 505 grams of marijuana) were found and seized.

Operational-investigative measures are being continued.

The Azerbaijan national team lost to Iran in beach football

Today is Memorial Day in Azerbaijan

Today is the Day of Remembrance of our heroic martyrs who lost their lives in the Patriotic War, which was started in order to prevent ... Read More

Individual competition at the Azerbaijan Judo Championship has been concluded

Individual competition in the Azerbaijan judo championship, which started on December 2, has been concluded. "Report"According to the information, 363 (285 men, 78 women) judokas ... Read More

NEWER POSTOne person drowned in the Caspian Sea
OLDER POSTIn Azerbaijan, it has been announced in which cases the accreditation of foreign journalists will be refused – LIST