The senior assistant of the military prosecutor: “Investigative and operational measures related to the Ballıgaya massacre are being continued” 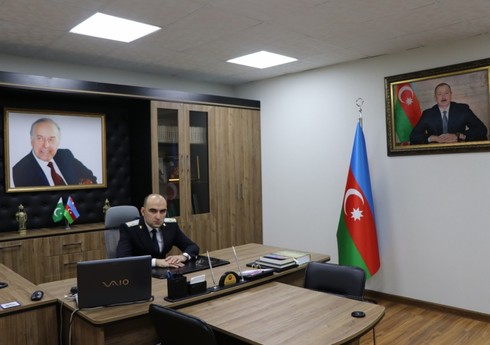 The conducted investigation determined that IDPs from Lachin district settled in Ballıgaya village, located in the mountainous part of Goranboy district, were attacked by an Armenian armed group on August 28, 1992. During the attack, 24 innocent people – old men, women – were killed. , a child and even a 6-month-old baby were deliberately deprived of life with particular cruelty, and 9 people were injured in various degrees,” said F. Aliyev.

As a result of the effective activity of the investigative team, relevant persons were charged with Article 103 (Genocide), Article 107 (Deportation or forced transfer of the population), Article 113 (Torture), Article 115 (Violation of the laws and customs of war) of the Criminal Code of the Republic of Azerbaijan. , decisions were made to involve them as accused persons under articles 116 (violation of international humanitarian law during armed conflict), 120 (intentional murder), 214 (terrorism) and other articles, and according to court decisions, they were arrested a preventive measure was chosen and relevant documents were sent to the National Bureau of Interpol in the Republic of Azerbaijan and the General Criminal Investigation Department of the Ministry of Internal Affairs of the Republic of Azerbaijan to ensure their search.

The assistant of the president congratulated “Neftchi”.

Shahmar Movsumov, Assistant to the President of the Republic of Azerbaijan, Head of the Economic Affairs and Innovative Development Policy Department of the Presidential Administration, ... Read More

"Ideas of revanchism end young innocent lives." “Report” Shahmar Movsumov, Assistant to the President of the Republic of Azerbaijan, Head of the Department of Economic ... Read More

NEWER POSTA person engaged in the sale of drugs was detained in Aghdam
OLDER POSTA tourist bus has crashed in Turkey, there are dead and injured