The search for bombs in the Yerevan metro was unsuccessful 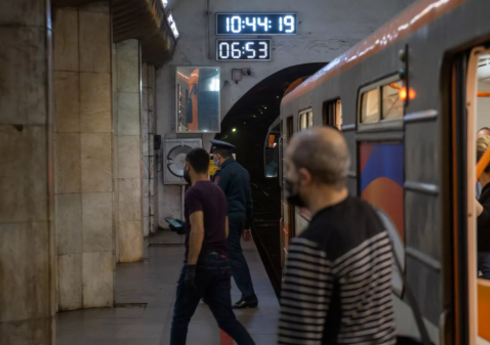 Searches for bombs in the Yerevan metro, the capital of Armenia, were unsuccessful, and the news about this turned out to be false.

“Report” informs that the press service of the Yerevan Metro published information about this.

It is noted that no explosive devices were found during the inspection of the stations.

“Iravan metro station will resume its activities as usual tomorrow (today-ed) at 07:00. We apologize once again to the residents and guests of the capital,” the information reads.

It should be recalled that in the evening of August 2, the Ministry of Emergency Situations of Armenia received information about the bombing of Yerevan City Hall, Zvartnots airport, the parliament building and a number of other important military and civilian facilities. Teams of firefighters and rescuers, as well as a group of minesweepers, were sent to those areas to check the information.

The Ministry of Emergencies reported that no explosive device was found during inspections at Zvartnots Airport and Yerevan City Hall.

Construction works have been completed on the electric depot and the underground metro station of "Baku Metro" with the tentative name "Khojahasan". "Report" Bakhtiyar Mammadov, ... Read More

The production of 81-760.B/761.B/763.B type wagons, which meet modern standards in terms of innovations, is being continued at the "Metrovagonmash" enterprise, which is a part ... Read More

In recent days, in connection with false alarms about the placement of explosive devices in the metro stations of Yerevan, the capital of Armenia, the ... Read More