The production of 81-760.B/761.B/763.B type wagons, which meet modern standards in terms of innovations, is being continued at the “Metrovagonmash” enterprise, which is a part of “Transmashholding” SC of Russia, for “Baku Metropoliteni” JSC.

About it “Report”a was informed by the press service of “Baku Metropoliteni” CJSC.

In accordance with the three-year contract signed in October 2019, the aforementioned enterprise must supply “Baku Metropoliteni” CJSC with 20 wagons each year, a total of 60 new wagons during 2020-2022. In the previous two years, 40 such wagons were brought to the Baku metro station and put on the line after tuning and testing.

This year, the process of painting a train manufactured in accordance with the local technical and operational requirements of the Baku metro has already been completed. Currently, mechanical, pneumatic, electrical parts are being installed. In this regard, the installation of high-voltage circuits in the electrical system is being completed. The installation of the wagon door system is also in the final stage. The process of assembling the undercarriage equipment, including the traction motor and wheel pairs, which is installed in the final stage of production, is also nearing completion.

The supplier will soon complete the work on the train and start testing. Then, with the participation of “Baku Metropoliteni” JSC representatives, the final tests and acceptance operations of the carriages will be carried out. 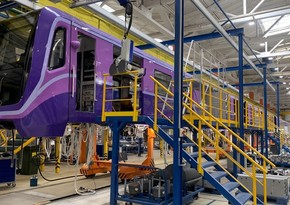 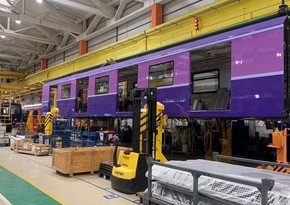 Domestic waste and useless tires, 3 trees, and nearby flammable constructions of a fire pit with a total area of ​​8 m² were burned in ... Read More