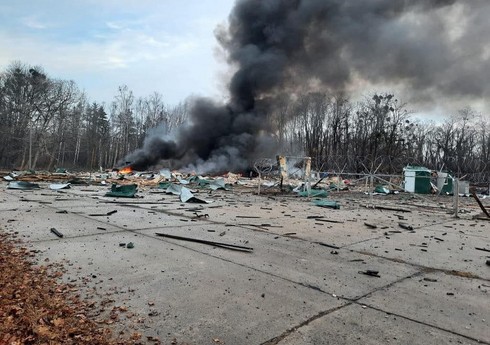 The city of Nikolayev, located in the south of Ukraine, was intensively fired by the Russian army.

“Report” reports with reference to “UNIAN” that Nikolaev city mayor Alexander Senkevich informed about this.

“Today, Nikolayev was subjected to intense fire. Probably the strongest of all time. Strong explosions were heard after one in the morning and around five in the morning,” he said.

According to him, explosions took place in the city, including fires started in the areas where cluster bombs fell.

“A number of objects were destroyed, residential buildings were damaged. Rescuers are working now. We are collecting detailed information.”

Two more soldiers were dismissed from the ranks of the army

Regarding the use of social networks by military personnel, the Ministry of Defense said:Suleymanzadeh Seymur Amrah oglu and Abdullayeva Afat Izariyya, active military servicemen of ... Read More

Ministry of Defense: The information about the alleged firing by the Azerbaijani Army on the other side is a lie

The information spread by the Ministry of Defense of Armenia about the alleged firing by units of the Azerbaijani Army on the other side is ... Read More

The Armed Forces of Ukraine liberated Volokhov Yar and Verbovka settlements of Kharkiv region from occupation. “Report” reports that the former "defense minister" of the ... Read More

NEWER POSTMinistry of Religion: “The reports of traffic jams and citizens staying on the road at Yaylaq Festival are unfounded”
OLDER POSTThere was an argument at a wedding in Kazakh, and someone was stabbed