The roof of a mosque collapsed in Pakistan, killing 15 people 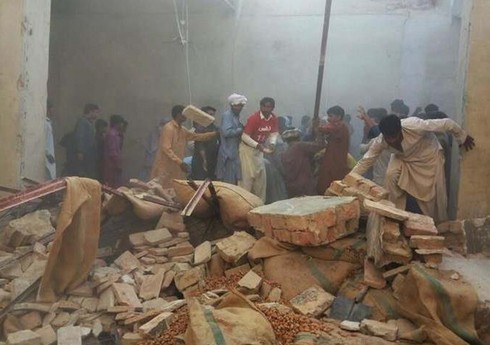 At least 15 people died and 70 were injured as a result of the collapse of the roof of the mosque in Pakistan’s Sindh province.

“Report” reports that “The Express Tribune” published information about this.

The incident took place in Khairpur, which is located in the northern part of the province. The reason for this was that the heavy rain that has been going on for several days has washed away the supporting structures of the building.

The ongoing monsoon rains in Pakistan since June have caused major floods and landslides across the country.

According to Pakistan’s National Disaster Management Authority, the death toll from monsoon floods has reached 830, and 1,348 people have been injured.

The Russian military attacked the Dnepropetrovsk region of Ukraine. About it “Report” He reports with reference to the Ukrainian press. According to information, the Russian ... Read More

The preliminary investigation in the criminal case of Asaf Jafarzade, accused of murder in Baku, has been completed. “Report”according to the report, the case was ... Read More