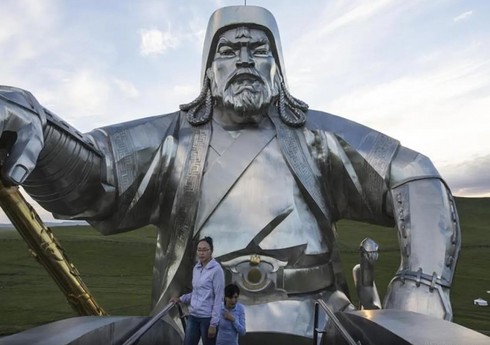 The remains of the magnificent palace of Genghis Khan’s grandson Hulaku Khan were found in Van, Turkey.

“Report” informs with reference to “Haber Global” that the excavation work was carried out by archaeologists from Mongolia and Turkey.

The team of archaeologists of the Mongolian Academy of Sciences believes that the palace belongs to the Elkhan period.

Some experts say that the palace belongs to an earlier period.

During the excavation, roof tiles, bricks, three-color ceramic pots and porcelain remains were discovered. The signs on the tiles indicate that the palace is Hulaku Khan.

Hulaku Khan was a Mongol leader who led military expeditions in the Middle East in the 13th century. He is known for the Mongol campaigns in 1258 that resulted in the sack of Baghdad, the destruction of the city’s great library known as Beit al-Hikmet, and the execution of the regional leader, Caliph Mustasim.

"The management of the Ministry of Health created depots in a place with special conditions for the study, examination and subsequent storage of skeletal remains ... Read More

Jeyhun Bayramov: “Despite the pandemic, the EU remains the largest trade partner of Azerbaijan”

"Azerbaijan and the European Union (EU) intend to continue their development in the direction of a strong, comprehensive partnership." "Report" informs that the Minister of ... Read More