The reason for the unstable weather in Azerbaijan has been revealed 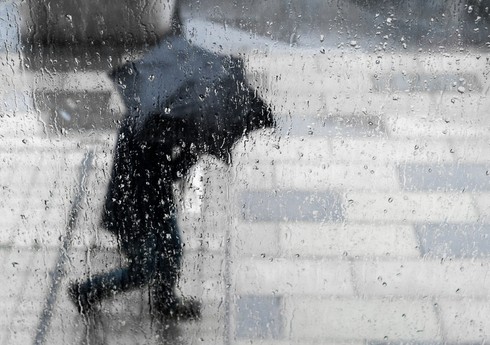 “As a result of the influence of the cold atmospheric front coming from the north, unstable, rainy and windy weather conditions have been observed in the territory of Azerbaijan for several days.”

This “Report”Gulshad Mammadova, director of the Hydrometeorological Forecasting Bureau of the Ministry of Ecology and Natural Resources, said in a statement.

Unstable weather conditions will continue today, August 9, until daylight hours, precipitation will gradually stop. Starting from August 10, it is expected that rainless weather will be observed until the middle of the second decade. A weak easterly wind will blow.

The air temperature will rise gradually compared to today. Also, moderate northwesterly wind is observed in Baku and Absheron Peninsula today. Rainless weather is expected in the capital from tomorrow. A moderate southeast wind will blow. The air temperature is expected to rise gradually compared to today and reach 37 degrees.”

After 3 years, a fan record was recorded in the Azerbaijan Premier League

5,500 spectators watched the match between "Turan Tovuz" and "Gabala" of the first round of the Azerbaijan Premier League. "Report" Referring to the official website ... Read More

Economic activity costs in Azerbaijan are reduced by 3%

In the state budget of 2023 in Azerbaijan, the cost of economic activity is planned to be 6,884.9 million manats. "Report" it is reported with ... Read More