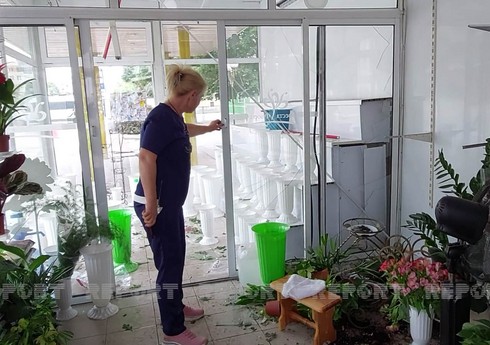 The next results of the destruction in the center of the city of Vinnytsia as a result of Russian rocket fire yesterday have been announced.

“Report”In response to the request of the employee of the Eastern Europe Office sent to Vinnytsia, the city hall announced new figures regarding the incident.

So, as a result of a series of rocket attacks launched by Russia yesterday in Vinnytsia, 183 people were injured, 82 of them are in serious condition, including 3 minors. 24 people died, including 3 minors. 18 people are missing. 3 shops owned by Azerbaijanis in the area collapsed and became completely unusable.

It should be noted that rescuers are currently searching for the missing under the rubble. They say that it is not excluded that there will be dead among the wounded.

On July 24, the weather conditions in Baku and the Absheron Peninsula are expected to be cloudy, cloudy occasionally, and it will rain in some ... Read More

In the last day, 1,991 vaccines against coronavirus were administered in Azerbaijan. About it "Report"It was reported from the Operational Headquarters under the Cabinet of ... Read More

NEWER POSTThe number of potential opponents of “Qarabag” in the Champions League has decreased
OLDER POSTPresident of Azerbaijan: “All families of martyrs in line will be provided with houses in the near future”