The production of agricultural products in Nakhchivan increased by 3.4 percent 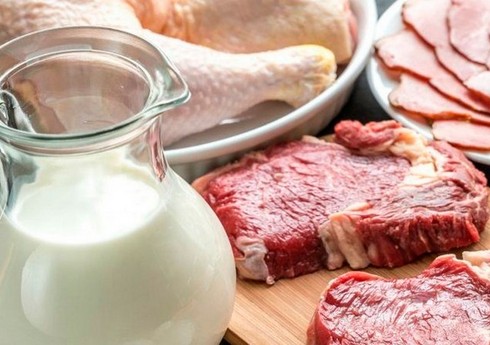 The production of agricultural products in Nakhchivan increased by 3.4 percent.

According to “Report”, the head of state informed about this with reference to the State Statistics Committee of the republic.

In the months of January-July of the current year, agricultural products worth 279 million 683 thousand 600 manats were produced in the Nakhchivan Autonomous Republic, which is 3.4 percent more than in the corresponding period of 2021.

Azerbaijan has increased metal supply from Turkey by 17%

In January-June of this year, Azerbaijan imported ferrous and non-ferrous metal worth 59,722 million US dollars from Turkey. Read More

Oil has increased in price by 1%

The price of oil has increased in world markets. Investors evaluate the information of the US Department of Energy about the decrease of raw material ... Read More

The specific weight of foreign investments in Azerbaijan has increased

In January-July of this year, 1 billion 873.9 million manats were allocated to capital by foreign enterprises and organizations in Azerbaijan. Read More

NEWER POSTAzerbaijan Premier League: The central match of the round will be held today
OLDER POSTIn Armenia, the money intended for the soldiers was embezzled and some were arrested