The President of Somalia has declared war against Al-Shabaab 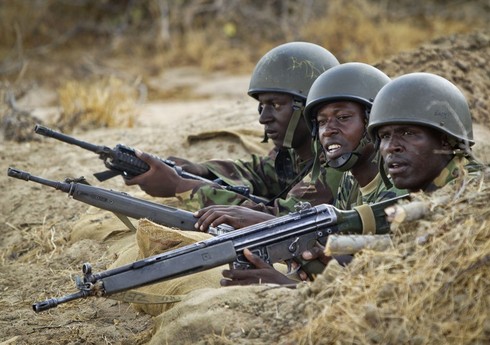 “Report” informs that the EFE news agency published information about this.

The head of state asked the people to support the operations against the terrorist group.

It should be noted that in the evening of August 19, terrorists blew up the “Hayat” hotel and held people hostage there for almost 30 hours. At least 21 people died and 117 were injured as a result of the incident. The hotel building was seriously damaged. The “Ash-Shabaab” group claimed responsibility for the attack.

Moldova does not recognize the "referendums" held in the Ukrainian territories occupied by Russia. “Report” Moldovan President Maya Sandu said this in an interview to ... Read More

The Japanese consul, who was declared an undesirable person, will leave Russia

Chief Secretary of the Japanese Cabinet of Ministers Hirokazu Matsuno said that Motoki Tatsunori, the consul in Vladivostok, will leave Russia by September 28. “Report”TASS ... Read More

NEWER POSTToday, an additional vacancy selection of the teacher recruitment competition will be held
OLDER POSTSecurity measures have been strengthened in connection with the bomb threat in the Yerevan metro