The President of Peru refused to dismiss the Prime Minister 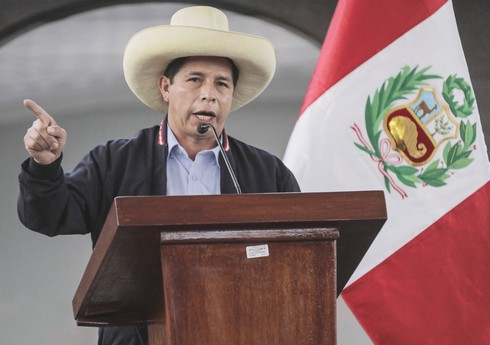 Peruvian President Jose Pedro Castillo Terrones said that he did not accept the resignation of Anibal Torres Vasquez, the Chairman of the Council of Ministers, who sent him a corresponding statement two days ago.

“I did not accept the resignation of Prime Minister Anibal Torres, who promised to continue his work for the welfare of our country,” the head of state said.

Torres Vazquez took office on February 8 and has been the fourth chairman of the Council of Ministers since last July during Castillo’s presidency.

Turkish Foreign Minister: “The biggest supporters of the regime in Syria are Russia and Iran”

"On the one hand, the stability of Iraq, on the other hand, the acceleration of political processes in Syria. "Unfortunately, until now, the meetings of ... Read More

NEWER POST“Shakhtar” bought a player from the rival of “Qarabag”.
OLDER POSTIt was discovered that some of the missing Ukrainian servicemen were in captivity