The president of “Ferentsvaros”: “Those who chant slogans should be ashamed of themselves” 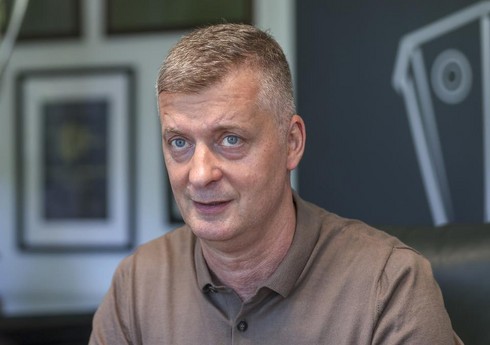 “Those who shout sports slogans should be ashamed of themselves.”

“Report” reports, this was said by Gabor Kubatov, the president of the Hungarian “Ferentsvaros” club, which is the opponent of “Garabagh” in the third qualifying round of the UEFA Champions League.

He blamed his fans for being punished by UEFA: “For more than ten years since we were elected president, we in Fradi (nickname of Ferentzvaros – ed.) have been against all forms of isolation. We are constantly campaigning, we fight it not only in words, but also in deeds. I am now both deeply disappointed and very angry. I tell UEFA the maximum truth, I don’t even argue with the legitimacy of the decision. If we have to close a sector due to bans being heard in the stands, then we will do it. I thought that even our die-hard fans have already learned how to behave in the “Fradi” match. But they still forget that we are one in “Fradi”. Those who shout racist slogans should be ashamed of themselves.”

It should be noted that UEFA punished “Ferentzvaros” based on the results of the two matches played in the second qualifying round of the Champions League with Slovakia’s “Slovan” club. Due to the racist behavior of the fans, the Hungarian club was punished by the closure of the B sector of the stadium and a fine of 15,000 euros in the next match held under the auspices of UEFA. In addition, “Ferencvaros” must hang a banner with the inscription “#NoToRacism” (“No to Racism”) in the next match to be held under the auspices of UEFA. The club was also banned from selling tickets for the next away match. In addition, “Ferentsvaros” was fined 50,000 euros for actions such as fireworks, throwing foreign objects, provocative offensive slogans. Also, the club will have to pay another 14,000 euros for closing public passages.

It should be noted that the match between “Ferentsvaros” and “Karabakh” will be held on August 9. The match, which will take place in “Groupama Arena”, will start at 22:00 Baku time.

The first match of the third qualifying round of the UEFA Champions League between the teams of "Karabakh" and "Ferentzvaros" of Hungary has started. "Report" ... Read More

Veli Gasimov: Some players of “Garabagh” did not deliver in the match with “Ferentsvaros”

"Maybe we didn't see the "Qarabag" we wanted on the field. It's true, the players fought and kept the ball more. But it seemed that ... Read More