The political games of 82-year-old Nancy Pelosi, who are stirring up the world

The world talks about the visit of Nancy Pelosi, the Speaker of the US House of Representatives, to Taiwan.

“Will there be a war?” Pelosi has been the most talked about politician in the world while her questions are on everyone’s mind.

It should be recalled that Pelosi, who suddenly became the number one name on the world agenda, has been on the agenda with events before. Pelosi is a political figure in the United States who often comes up with various scandals. In particular, what happened with US President Joseph Biden and former head of state Donald Trump has recently become one of the longest-discussed topics on social media. 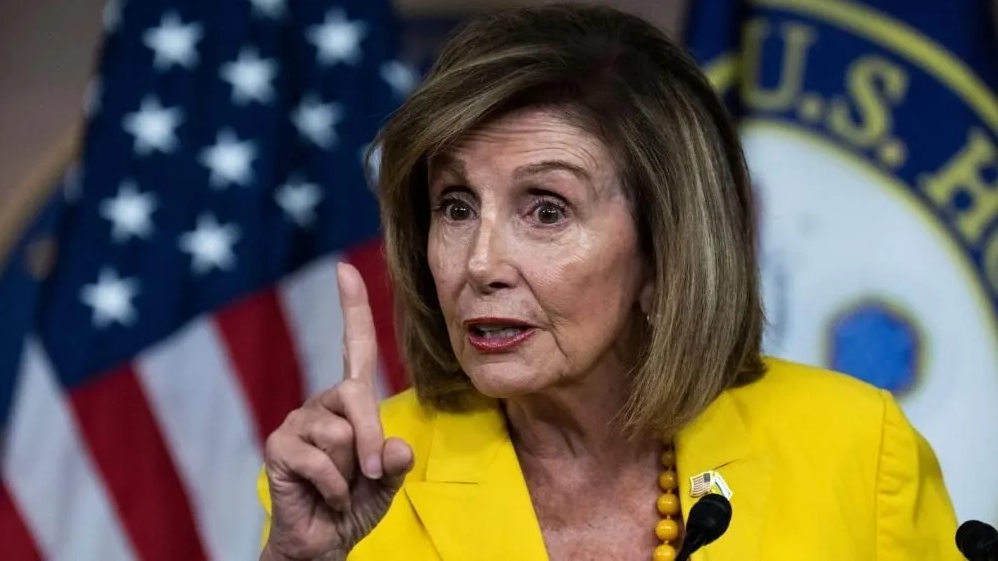 While Trump was the President of the United States, there were various tensions between him and Pelosi. In particular, the two men often clashed over the “Mexico border wall” debate. The scandal, in which the tension between the two politicians was transferred to social media and was much talked about, occurred after Trump’s speech. It did not go unnoticed that Pelosi stood up and applauded the President of the United States after Trump finished his speech calling for “an end to the politics of revenge”, but with a mocking face as she did so. This behavior was interpreted as sarcasm and was debated for a long time in the United States. “How did many cheer?” asking the question, claiming that Pelosi’s behavior was offensive.

Pelosi was on the agenda in the United States during the attack on the Congress building by supporters of Donald Trump. During the congressional raid, the door to Pelosi’s office was broken in and her laptop was allegedly stolen. Pelosi’s recent actions by standing behind US President Joseph Biden during his speech have also been on the agenda on social media.

The speech in question was Biden’s first speech since Russia’s attacks on Ukraine. During Biden’s speech, Pelosi’s behavior attracted attention, along with his harsh statements against Russian President Vladimir Putin. Pelosi Biden made strange gestures while talking about the dangerous situations faced by American soldiers on the battlefield.

Pelosi’s finger-squeezing, rubbing, punching, standing up and clapping attracted attention. In the comments made after the incident, it was noted that Pelosi did not listen to Biden and only applauded. Event “what is this reaction?” opened the way for questions. In addition to all this, Nancy Pelosi was elected with her open support for Armenia, especially Armenian terrorists, during both the current and the previous administration of the United States, which has repeatedly declared that it is fighting against terrorism. Pelosi’s open pro-Armenian position was met with dissatisfaction not only in Azerbaijan, but also in the United States.

By the way, in late May, Nancy Pelosi’s husband, Paul Pelosi, was arrested for allegedly driving under the influence of alcohol. 82-year-old Paul Pelosi drove a vehicle while intoxicated and was sent to prison because his blood alcohol content exceeded the norm.

Nancy Pelosi refused to talk about her husband’s arrest at the ceremony she attended as speaker. “The speaker will not comment on this particular issue,” Pelosi’s Drew Hammill said.

Namig Abdullayev: “We are satisfied with the results obtained in the Islamic Games”

"We are satisfied with the results achieved by freestyle wrestlers at the 5th Islamic Solidarity Games." "Report"According to the information, this was said by Namig ... Read More

Today, 2 more games of the 6th round of the Azerbaijan Premier League will be held. "Report"according to the information, the first match of the ... Read More