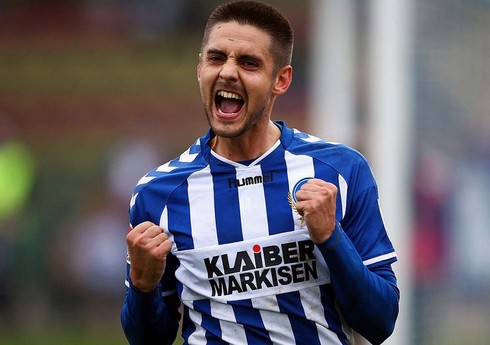 Dmitri Nazarov, a football player of the Azerbaijan national team, who played in the German club “Ertsgebirge”, was infected with the flu.

“Report”according to the information, the 32-year-old striker had to miss the 1st round game of the III Bundesliga against “Freiburg 2” for this reason.

The representative of Aue is leading 1:0 in the first part of the ongoing match.

It should be noted that Dmitri Nazarov has been wearing the uniform of “Ertsgebirge” since 2016.

"The new strategic partnership of the United States with Azerbaijan will create new opportunities for Washington to expand its influence in the Non-Aligned Movement." “Report” ... Read More

Hungary plans to connect to green electricity supply from Azerbaijan. ReportThe Hungarian press reports that this was stated by the country's Minister of Foreign Affairs ... Read More