The opponent of “Qarabag” won its next victory in the Bundesliga 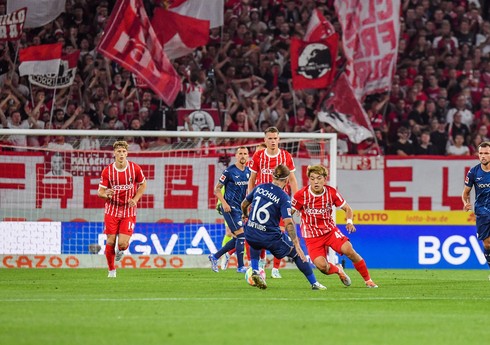 The fourth round of the German Bundesliga has started.

“Report”According to the information of “Garabagh”, “Freiburg”, one of the opponents of UEFA Europa League in the group stage, received “Boxum”.

The match organized at the “Europa Park” stadium ended with the victory of the hosts – 1:0. Vincenzo Grifo scored the only goal in the 48th minute. Although he could not execute the penalty accurately, he put it through the goal with a second kick.

Thanks to the 3rd victory in the championship, “Freiburg” increased its points to 9 and rose to the 2nd place. “Boxum”, which received its 4th defeat in a row, remained in the last place.

Neftchi’s opponent in the next round has been announced

The opponent of "Neftchi" in the III qualification stage of the UEFA Conference League has been announced. "Report"according to the information, the "whites" will face ... Read More

The French club "Nantes", one of the opponents of "Qarabag" in the group stage of the UEFA Europa League, has presented its uniform for the ... Read More