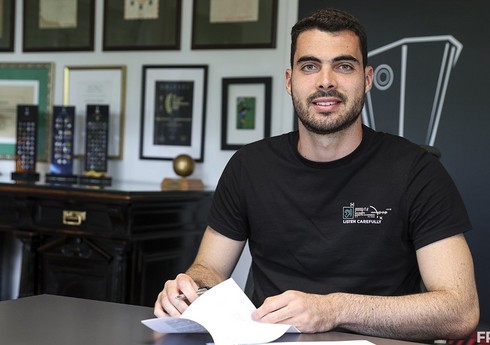 “Garabagh” in the third qualifying round of the UEFA Champions League, the Hungarian club “Ferentsvaros” has extended the contract with the goalkeeper Adam Vaga.

“Report” reports that the representative of Budapest did not disclose the details of the new agreement of the 23-year-old goalkeeper.

It should be noted that Adam Vaga is a student of “Ferentsvaros”. “Garabagh” will play its first match against this team on August 3 in Baku, and the return match on August 9 in Budapest.

Lionel Messi does not want to renew his contract with PSG

Argentina national football player Lionel Messi does not want to renew his contract with French club PSG. "Report"According to the information of the Spanish journalist ... Read More

BSU commented on the termination of the contract with some teachers

"Since the position of professor-teacher is an elective position, in accordance with the law, when it is necessary to involve highly qualified specialists and managers ... Read More