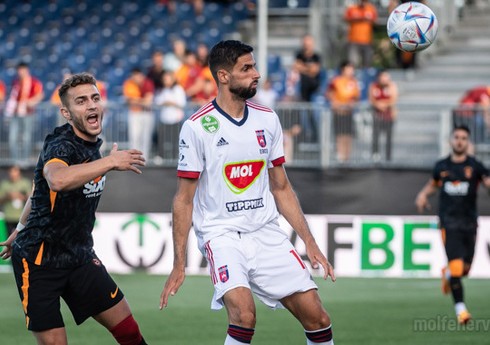 “Fehervar” of Hungary, who will face “Gabala” in the second qualifying round of the UEFA Conference League, played a test match.

“Report”according to the information, the opponent was the Turkish “Galatasaray” team. The match played during the training camp in Austria ended with the victory of “Fehervar” – 1:0. Kenan Kodro scored the only goal in the 32nd minute.

It should be noted that “Gabala” will play its first match against “Fehervar” on July 21 on the road, and the return match on July 28 at home.

Another game of the II round was held in the Azerbaijan Premier Football League. "Report" reports that in the first match of the day, the ... Read More