The opening ceremony of the “Sniper Limit” competition was held 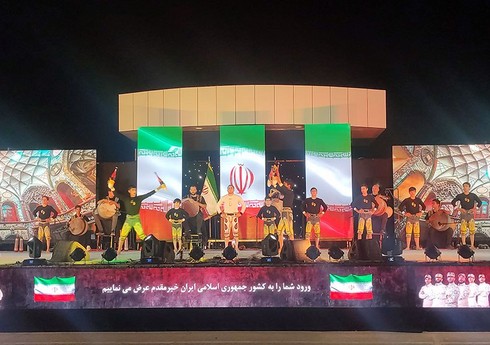 The opening ceremony of the “Sniper Limit” international competition was held in the city of Yazd, Islamic Republic of Iran.

“Report” it is reported with reference to the Ministry of Defense.

After the event was declared open with the performance of the National Anthem of the Islamic Republic of Iran, there was a ceremonial transition of the teams participating in the competition.

The speakers congratulated the competition participants on the occasion of the start of the “Sniper Limit” competition held within the framework of the “International Army Games-2022” competitions and wished the teams success.

It was emphasized that the holding of such competitions plays an important role in the strengthening of inter-country relations in addition to increasing the fighting ability and practical skills.

It should be noted that our military personnel participating in the “Sniper Limit” competition compete with teams representing Belarus, China, Iran, Uzbekistan, Russia and Zimbabwe.

The closing ceremony of the Youth Summit of the Non-Aligned Movement (NAM) was held in Baku. "Report" reports that the closing session, which began with ... Read More

The final of the VIII "Mugam" Television Competition is held in Shusha, the cultural capital of Azerbaijan. "Report" reports that the event, organized by the ... Read More

The remains of Samadov Elmi Mirzali oghlu, a resident of Kizilagaj village of Salyan district, who was martyred as a result of provocation by units ... Read More

NEWER POSTThe UN Secretary General made an unplanned visit to Moldova
OLDER POSTAmbassador of Kuwait: “We are interested in the development of relations with our friend and brother Azerbaijan”