The number of Russian soldiers killed in Ukraine reaches 39 thousand 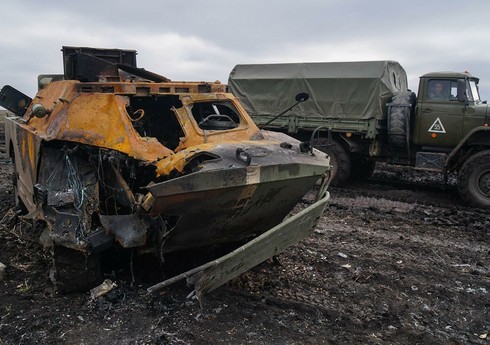 “Since the start of the war in Ukraine, 38,750 servicemen of the Russian Armed Forces have been destroyed.”

“Report” reports that the General Staff of the Armed Forces of Ukraine released information about this.

According to information, Russia suffered the most losses in the direction of the city of Bakhmut, Donetsk region.

It should be recalled that Russia made a military intervention on the territory of Ukraine on February 24, 2022.

A car hit and killed a pedestrian in Ganja

There was a traffic accident that resulted in the death of a pedestrian in the city of Ganja. "Report"According to the information of the Western ... Read More

The number of people killed in a serious road accident in Derik district of Mardin province of Turkey has reached 19 people. "Report" informs that ... Read More