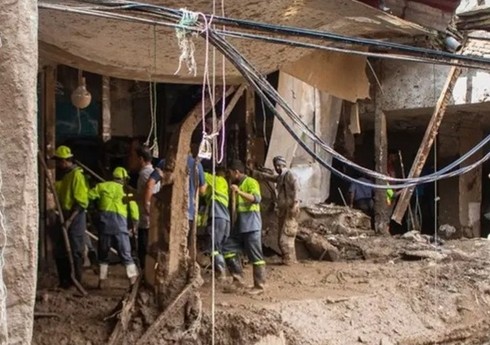 “Report” informs that Mehdi Valipour, head of the Emergency Operations Department of the Red Crescent Society of Iran, said this.

“After the discovery of several new bodies against the background of recent events, the number of people who died as a result of floods in the country has reached 61. Currently, 32 people are missing in the country,” he said.

It should be noted that the flood that occurred as a result of incessant rains caused severe damage in Isfahan, Central, Fars, Mazandaran, Gilan, and Tehran provinces of Iran. The mentioned provinces suffered huge financial damage.

A Toyota Land Cruiser Prado car exploded in the Moscow region of Russia. “Report” Referring to the Russian media, it is reported that Darya, the ... Read More

The remains of Khudiyev Samir Samad oghlu, a soldier of the Azerbaijan Army who was killed by a rock falling on him in Lachin region, ... Read More

On August 22, 2 traffic accidents that resulted in death occurred on the highways of the republic. Read More