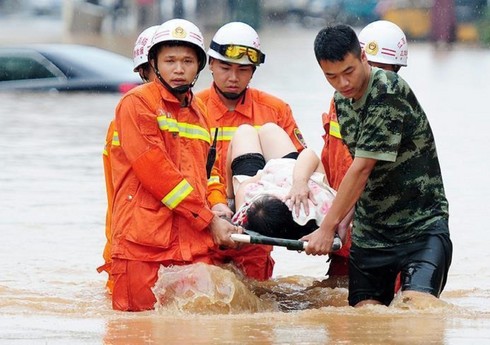 The death toll from floods in northwest China’s Qinghai province has risen.

Currently, the number of dead is 26 people, 5 more people are considered missing, and 23 people have been rescued.

It should be noted that the flood began on August 18 in Datong County, which is subordinate to Xining City. More than 6.2 thousand people were in the natural disaster zone.

Since the beginning of August, precipitation in the region has exceeded the average of the last 50 years.

There was a typhoon in China, and there were dead and injured people

There was a typhoon in Lianyungang, China (Eastern Jiangsu Province). "Report" China Central Television reports that the city administration has released information about this. According ... Read More

China's armed forces will begin large-scale exercises in six areas around Taiwan on Thursday. “Report” local media reports that the exercises will begin at 12:00 ... Read More